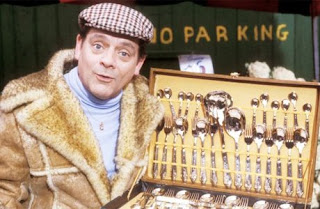 While Bertie Ahern may have claimed the announcement of his resignation as Taoiseach was made voluntarily and at a time of his own choosing, there is no doubt that the continuing revelations at the Mahon Tribunal hastened his departure. Up until last week he was showing every indication that he was set to brazen it out, even going on the offensive with his own legal challenges.

What really did for him was the admission from his former secretary that he had given her pounds sterling to exchange and deposit in his bank accounts. This was a charge that he had vehemently denied. But he had now been caught telling a blatant lie. With another appearance at the tribunal looming in May, where he would be questioned about this, he chose to resign.

Of course this was dressed up as being in the interests of the country rather than a desperate attempt to salvage some dignity from a precarious position. Not that Ahern could muster much dignity in his resignation announcement. It was a long whine about how he had been hard done by, the innocent victim of a relentless media campaign. This was a complete distortion. It was not the media that brought him down (in fact he had gotten a relatively easy ride for a long time), but all his lies and dodgy dealings. He was a corrupt politician whose luck had finally run out.

Not that you would have gained this impression from the tributes paid to him. To go by them you would have thought Bertie Ahern was a saint. The biggest claims made for him were as the architect of the peace process and social partnership. Sinn Fein President Gerry Adams said he “brought about the Good Friday Agreement and he deserves our thanks for that." SIPTU General President Jack O'Connor said Ahern's time in office had seen “the most dramatic enhancement of economic prosperity in our entire history”. But it really says more about the state of trade unions and the republicanism movement than Ahern that their representatives should praise the two greatest triumphs of imperialism and capitalism in Ireland.

The claims for Ahern as the architect of these is also dubious. While he may have been around, the figure most associated with social partnership was Charles Haughey. The peace process also predated his period as Fianna Fail leader and Taoiseach. The real drive for this came form the political collapse of the republican movement. The role of Irish Government was to copper fasten this by going along with the British and dropping any gestures (such as articles 2 & 3) towards democracy.

There is also an attempt to present Ahern as a symbol of the “new Ireland”. But this is a myth as well, ignoring the political milieu that created him. He attempted to spin this myth himself in his resignation speech when referring to his admiration for former Fianna Fail leaders. However, his list had one glaring omission - Charles Haughey. This is even more glaring in the case of Bertie Ahern as Haughey was his political mentor. He was part of Haughey’s inner circle and the monumental corruption of that period. It was Ahern who singed the black cheques that aided Haughey’s pilfering of the public purse.

Despite his man of the people image Ahern, like Huaghey and his other predecessors, was only concerned with looking after the interests of the rich in Ireland – from tax amnesties to low taxes on profits and privatisation. He presided over a period when inequality grew massively and billions were transferred from Ireland’s workers to the wealthy. He had done his bit to create a rich man’s paradise and expected to get his due. This is the real story behind Ahern’s “unusual” financial arrangements.
Bertie Ahern claimed that one of the reasons for delaying his resignation to the 6 May was so he could take up his invitation to address a joint sitting of the US Congress. That such an “honour” should be performed by someone leaving office because of corruption may appear unseemly. But what better representative of the Irish political class could there be?
Posted by SD webmaster at 10:12 AM
Labels: corruption, Fianna Fail